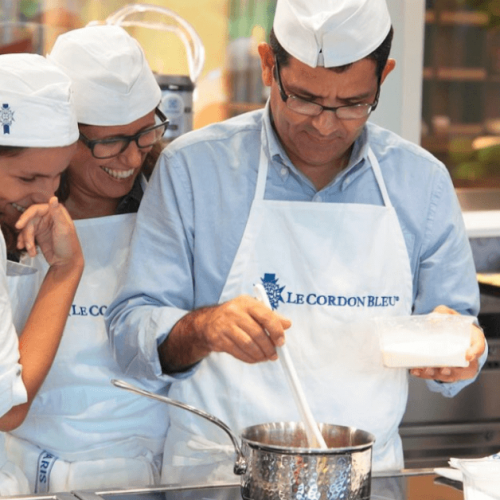 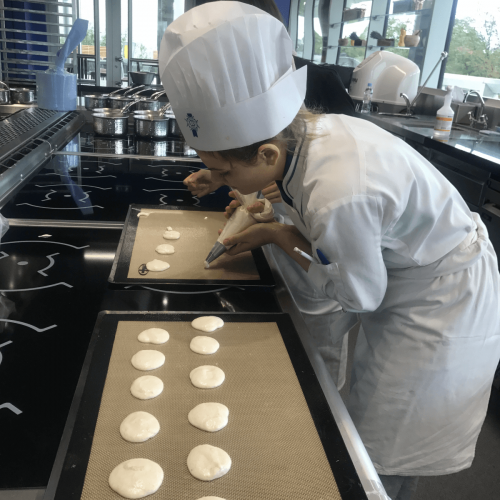 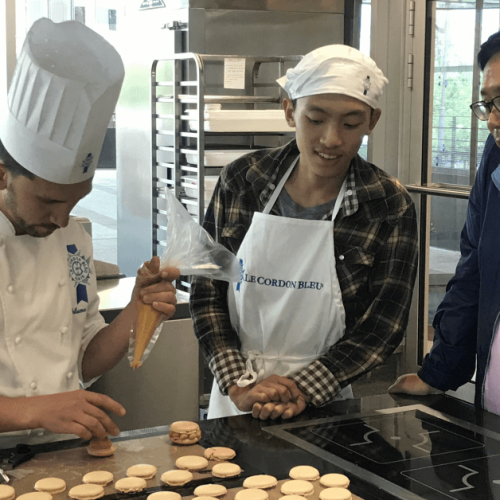 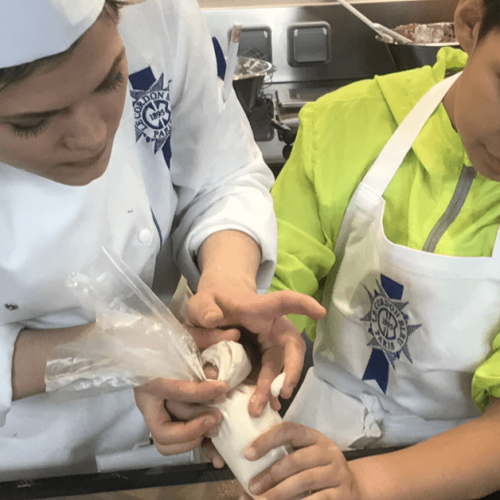 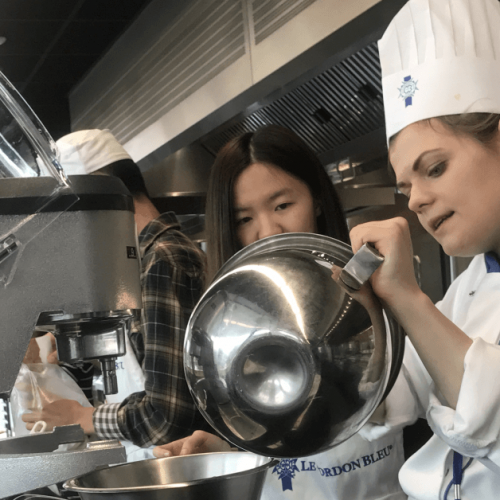 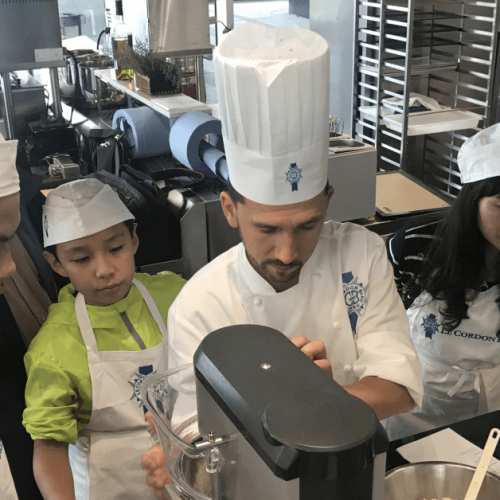 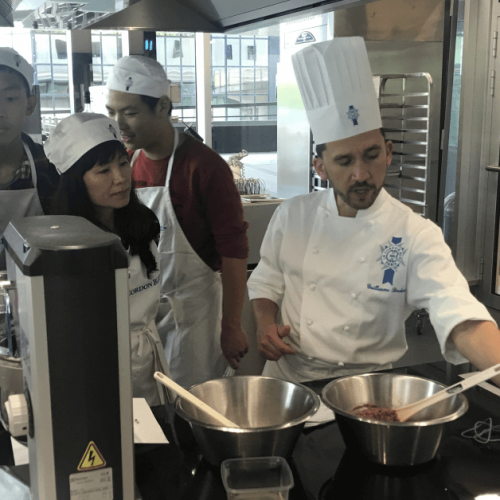 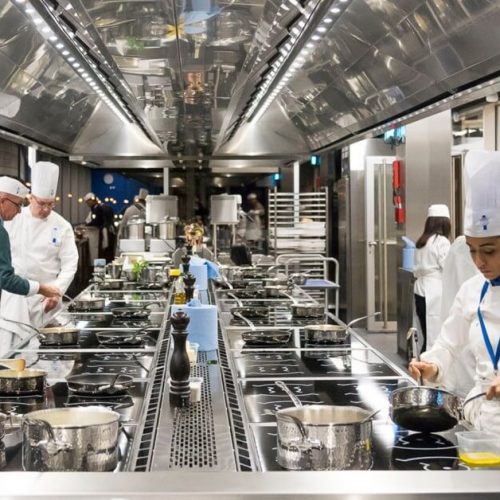 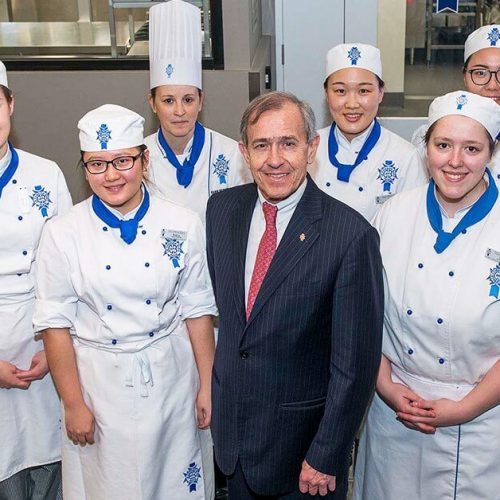 If there is one French pastry that is the envy of the entire world, and which everybody dreams of being able to make, then it must be macarons.

We have been successfully cooperated with Le Cordon Bleu Paris to organize different workshops. Macarons is one of our highlights. After completion of the workshop, you will have a certificate.

Le Cordon Bleu is found in 1895, which is a hospitality education institution, with 23 schools on five continents. Its education focus is on hospitality management, culinary arts, and gastronomy. It is recognized as the best cooking school in the world.

The story behind the macaron recipe

Macarons have a long history and originally came from Venice.  The date of their arrival in France remains uncertain.  However, Parisian macarons, or “gerbets” date back to the 20th century.  In many French towns, specialty macarons can be found, but the most well-known, along with the Parisian macaron, is the Nancy macaron.
All macarons, without exception, are made with the same ingredients, but each has a different texture: crisp, fondant, chewy, crackled, etc.  The Parisian macaron is immediately identifiable thanks to its perfectly smooth and shiny shell, and tasty filling.